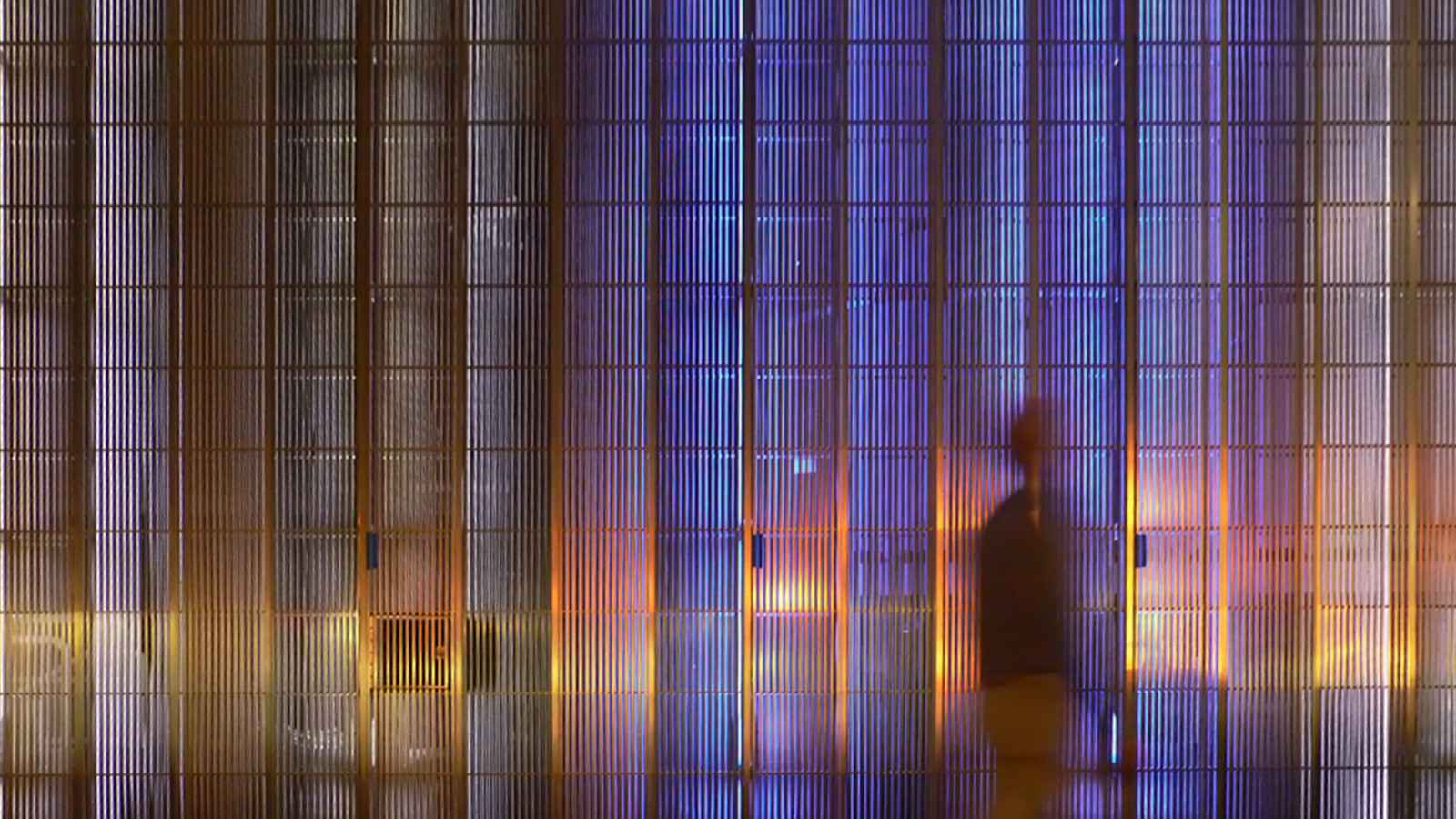 World Trade Center 7 was the third building to collapse in 2001 and the first to be rebuilt. JCDA collaborated with SOM on the design of the building’s façade, the external podium lightwall and the building’s lobby, integrating the lower concrete podium with the new 42-storey glass tower above.

The podium design addresses the unique ventilation requirements for the transformers that occupy the eight-storey concrete vaults at street level, providing 50% uninterrupted air-flow. This is achieved by a stainless steel screen made up of two layers of vertical extruded prismatic stainless steel rods. The scrim of stainless steel prisms reflects and re-projects the light. Two wire sizes produce complementary light-reflecting properties and reduce the moiré effect.

The quality of light animation follows the passer-by which is accentuated at night through LED lighting between the screen’s two layers. This is programmed to create a range of scenes using varying degrees of blue-and-white light. In addition, a linked movement recognition system identifies the movement of pedestrians on the sidewalk and displays their movement in blue light on the high vertical bars of the podium skin.

In the lobby, JCDA collaborated with artist Jenny Holzer to create a translucent glass wall, titled ‘For 7 World Trade’, with a series of quoted text fragments streaming across, giving this area ceremonial and emotive importance.

World Trade Center 7 received the AIA Architecture Merit Award in 2006 and the MASterworks Award in 2008. 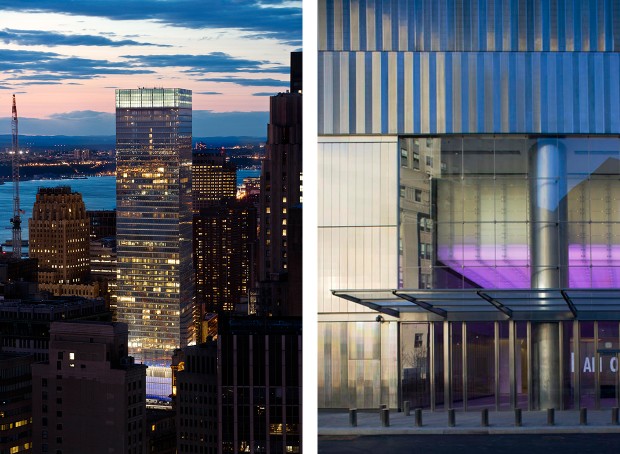 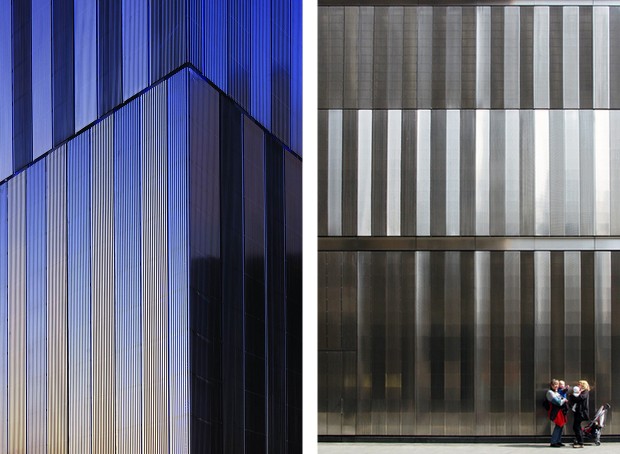 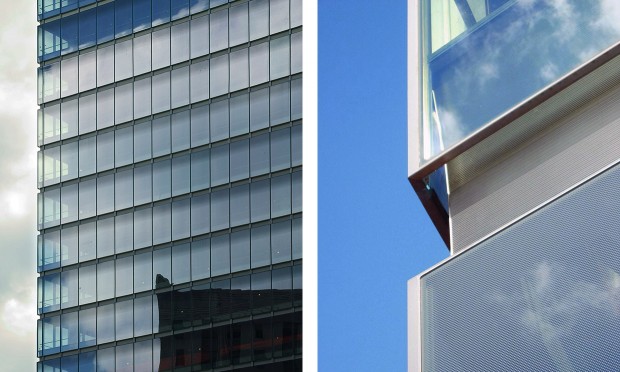