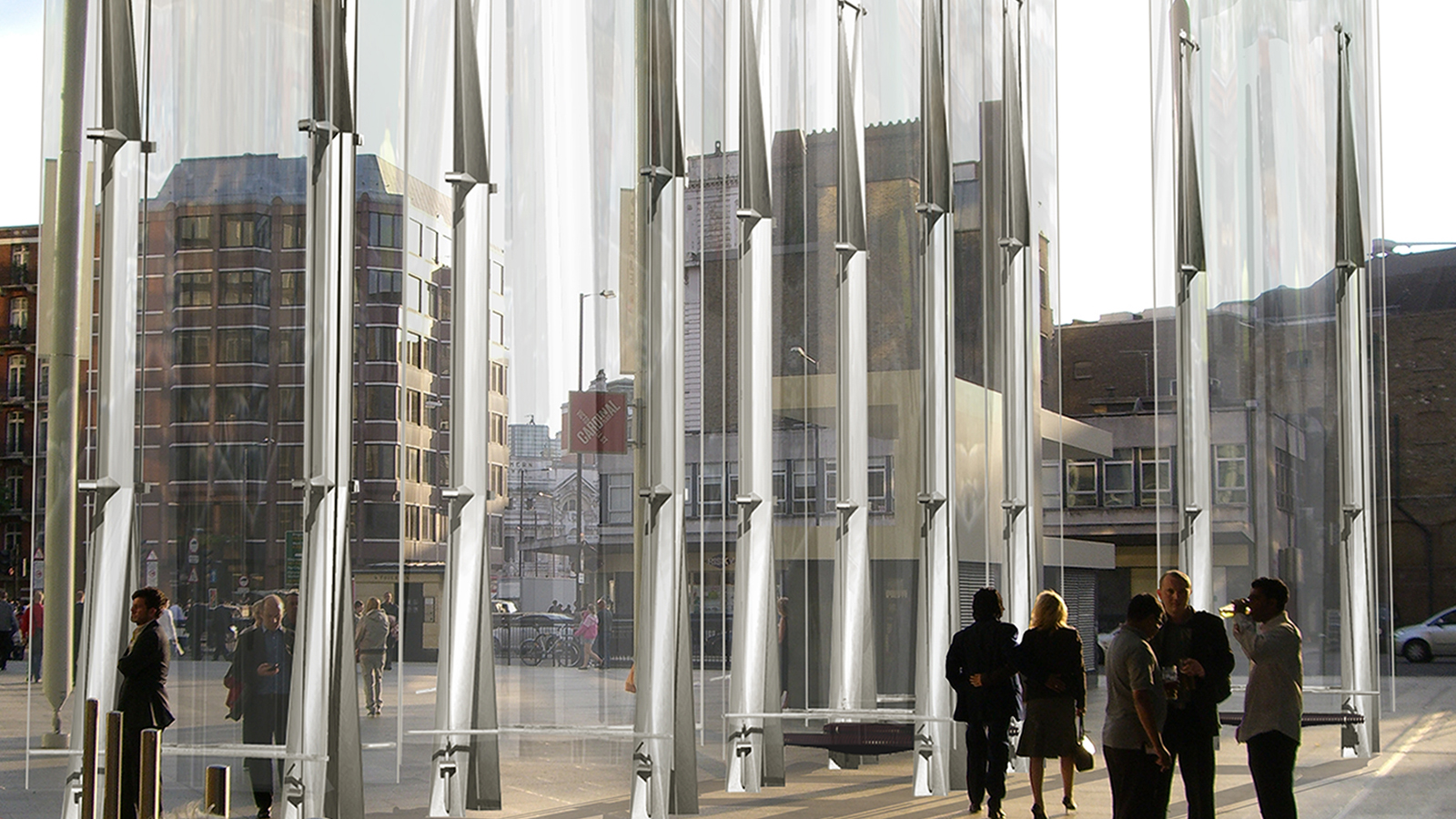 A series of curved glass screens were proposed for this public space to mitigate the effects of wind between three buildings at this prominent retail and office development in Victoria, London.

The interstitial pedestrian space between the buildings has a long-standing problem with high wind speeds at ground level due to the orientation and varying height density of buildings.

The proposal addresses this by providing wind mitigation screens which adopt a modular approach so elements can be added or removed as required. Several arrangements were tested in the wind tunnel until a satisfying result was achieved. The density responds to the different wind requirements across the site.

The curved surface design of the screens holds up wind flow since the cupping forces the wind to reverse direction and give up energy in doing so. These visually light, elegant sculptural elements form useful markers in the landscape that could potentially incorporate lighting, signage, information and seating. The screens are composed of a ‘kit’ of elements based on a pair of masts, which form the structural spine, that can be reconfirgured according to location, function and required transparency. The glass is not used structurally but transfers the wind load into the mast. 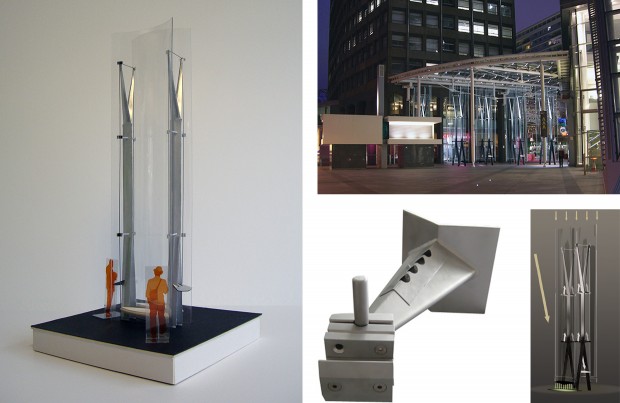 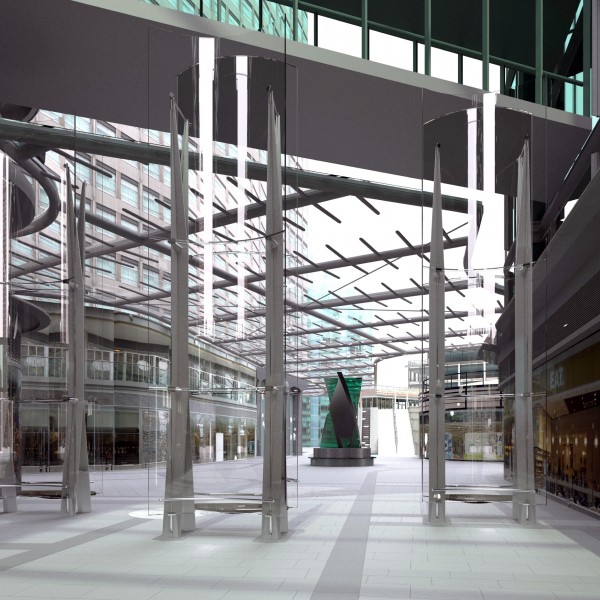