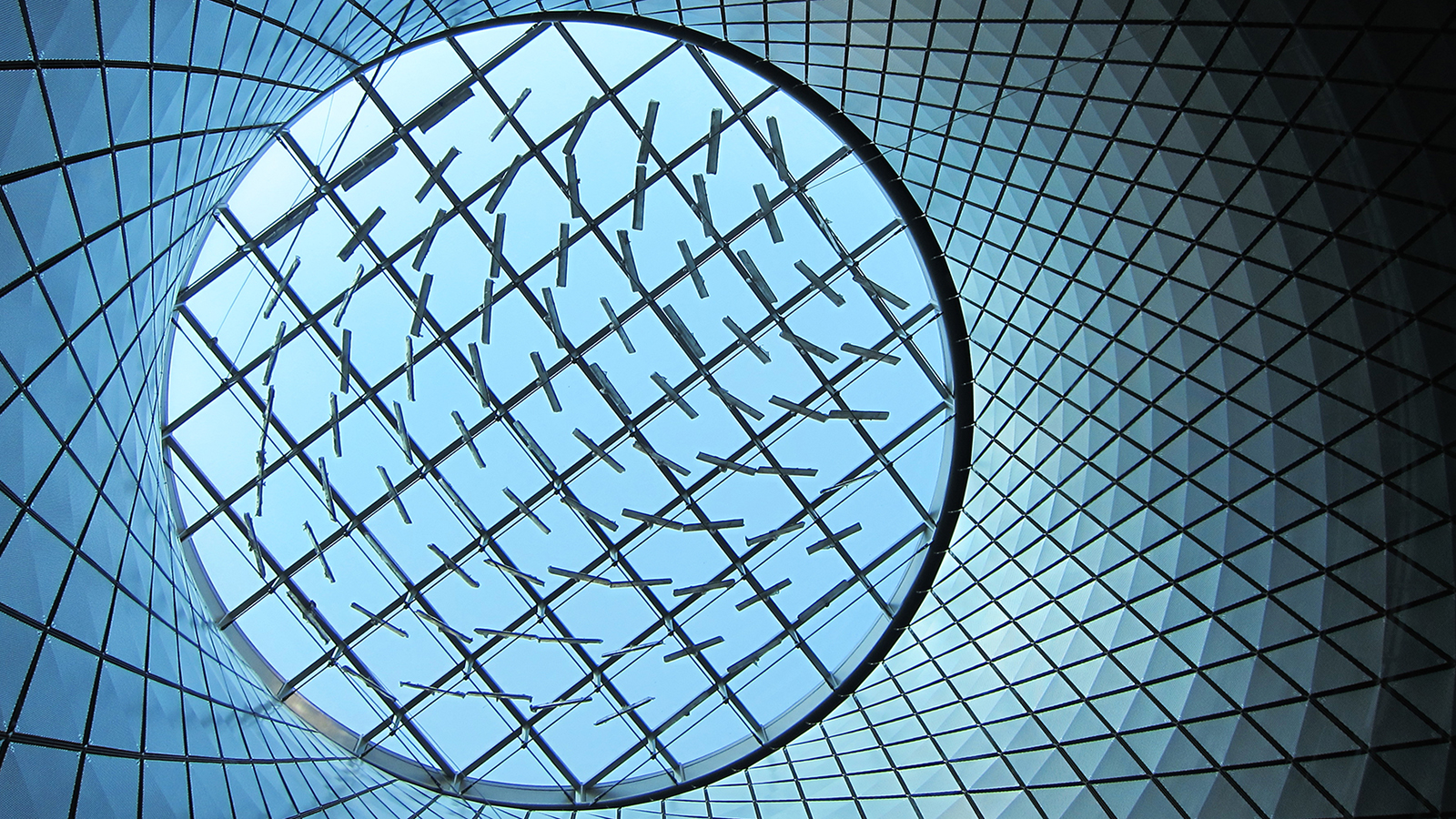 The Sky Reflector Net – an integrated artwork for the Fulton Center, is an artist, architect and engineer collaboration between JCDA, Grimshaw Architects and Arup, commissioned by MTA Downtown Transit Center.

The Sky Reflector Net builds upon Grimshaw Architects’ fundamental intent for the central atrium to be a light-filled, dynamic public transit space. Tensioned within the atrium’s conical form, the artwork extends the sky’s presence down into the core of the building within its thin, taught and lightweight surface.

JCDA, working with Schlaich Bergermann und Partner, developed the form-finding cable net structure that is held in tension within the interior of the atrium. The form,
an eccentric toroid, was chosen for its calculated ability to harvest and re-direct light from the skylight oculus. The metal lining floats on the inside surface of the dome above the station, revealing the double-curved nature of the cable-net. Each rhomboid panel is unique (each piece is CNC cut) and uses perforations in a custom-designed, semi-reflective anodised aluminium sheet to optimally re-direct ambient and direct light down into the space.

The responsive surface of the artwork is also programmed through the levels of the panels’ perforation, gradating from 20% open at the top, thereby framing the skylight, to 48% open at the bottom. At night, the dome is lit from within creating
a distinctive point of orientation and announcing this grand civic room’s presence within the city’s dense fabric.

In 2015 the Sky Reflector Net won numerous awards like the AJ Award for ‘Best Collaboration’, MONDO ARC’s darc Award for ‘Best Interior Lighting’, the World Architectural Award in the ‘Transport’ category as well as an Innovation by Design Award. In 2017 it was honoured with the AISC Merit Award.

Image (above): Richard Kress at JCDA 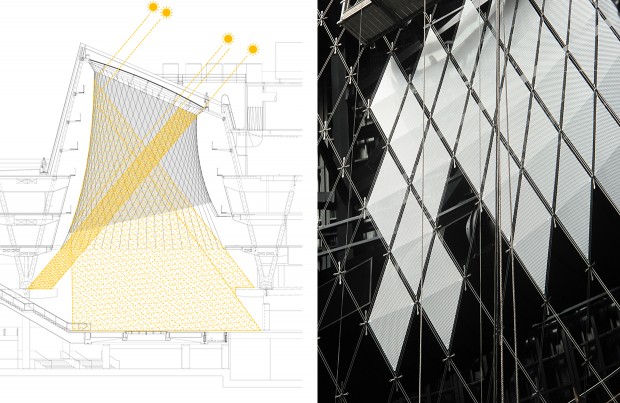 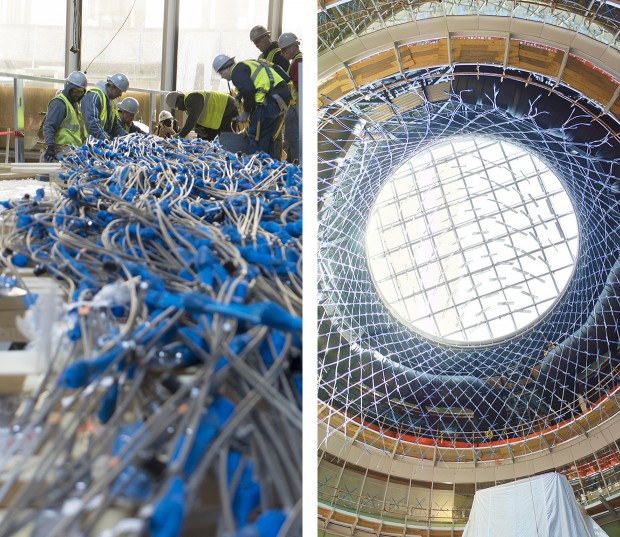 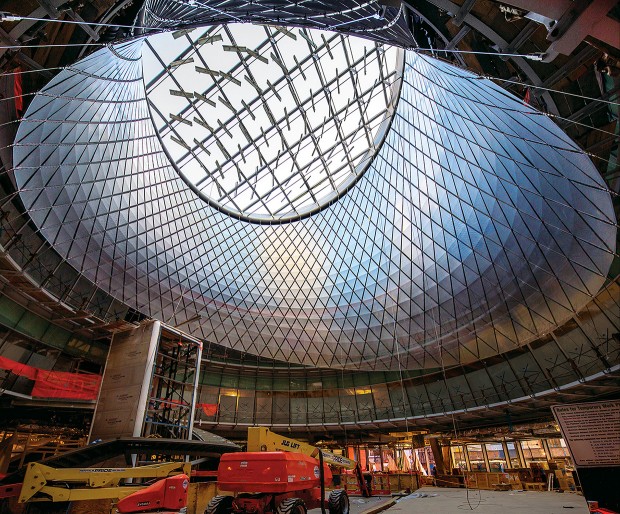 MTA Arts in Transit and the City of New York – New York, USA