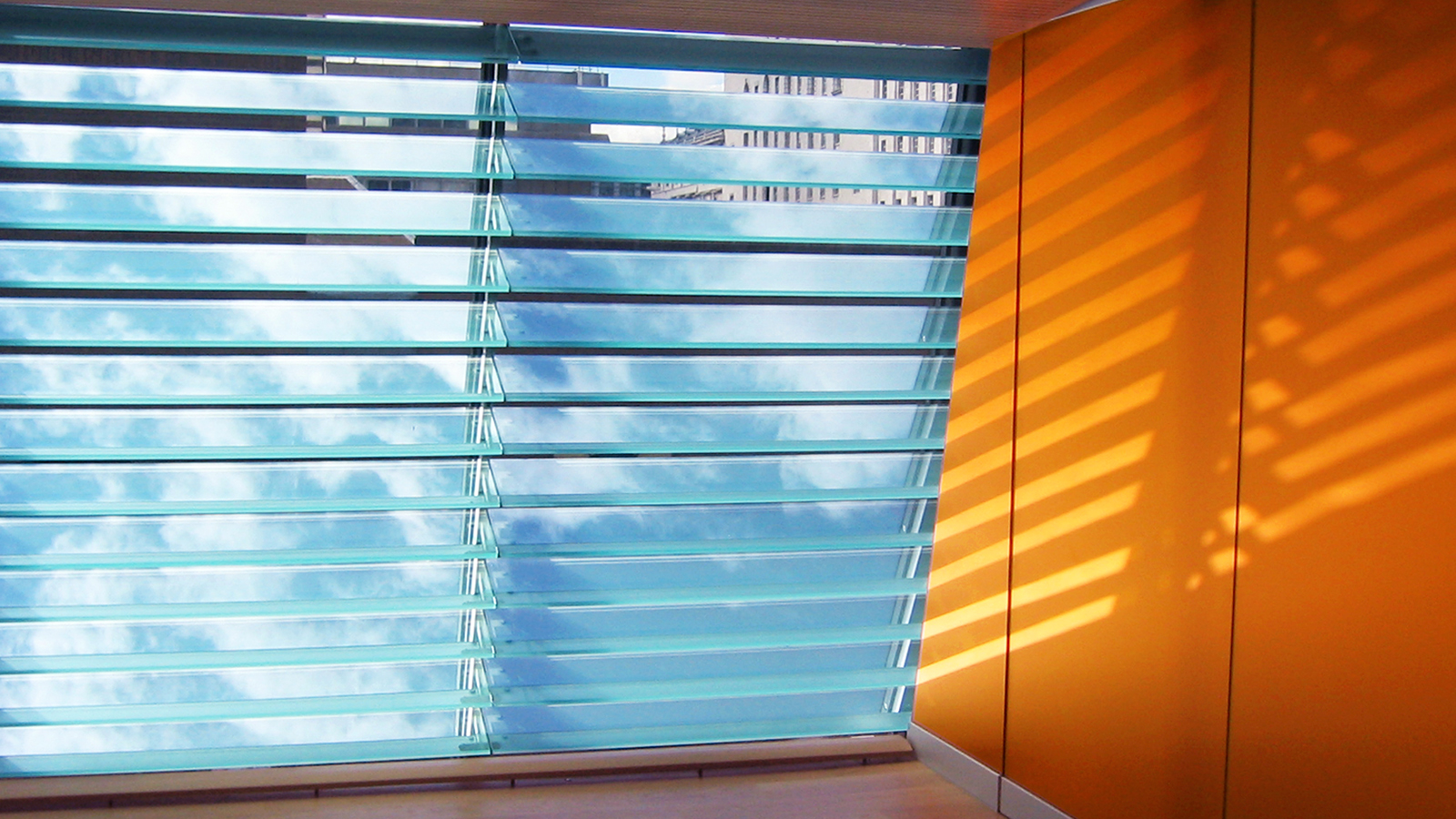 The Salvation Army Chapel could be seen as a beacon but paradoxically it must also function as a calm space for reflection within the administration of this busy international organisation.

The headquarters of the Salvation Army is on one of the most significant public routes in London, between Tate Modern and St Paul’s Cathedral and close to the Millennium Footbridge over the Thames.

The architects opened up the entrance area of the building with two floors of clear glazing on the façade and a void over the basement café and exhibition area, creating a bridge entry into the building. The chapel is suspended within the high atrium over the entrance bridge and projects out into the street to maximise the amount of daylight that permeates the building.

The chapel represents the spiritual calling at the heart of the mission of The Salvation Army and is physically in the centre of the main façade of the new headquarters building, just above the main entrance. Despite its small size, it is significant for the identity of the building and for The Salvation Army itself.

The glowing light of the projecting chapel provides a focus on the external façade and within the life of the building. Two glass surfaces, one coloured inside, another of translucent panels, provide a cavity which is lit from within and which also serves to insulate the chapel from the sounds of the entrance area and café.

Within the chapel the space is inward and reflective but also looks upward, to the sky, to provide a calm and contemplative space at the heart of the building. At the end of the chapel are a series of partially reflective and translucent glass blades that reflect a view of the sky to the viewer while simultaneously obscuring the direct view of the wall outside and the streetscape. This creates an ethereal landscape of the sky inside.

This unexpected view of the moving sky within the chapel captures a transcendent image of a section of the sky by varying
the angle of the glass blades. The constantly shifting light of the sky in London is brought into the space creating a contemplative space, slowing down what normally passes unnoticed. Visitors are reminded of the fleeting nature of our experience of the world but also its timeless qualities: clouds move and light alters not only over the course of days but also through the seasons.

The ‘Salvation Army Chapel’ was shortlisted for the ACE / RIBA Award for Religious Architecture and the Bombay Sapphire Award in 2005. 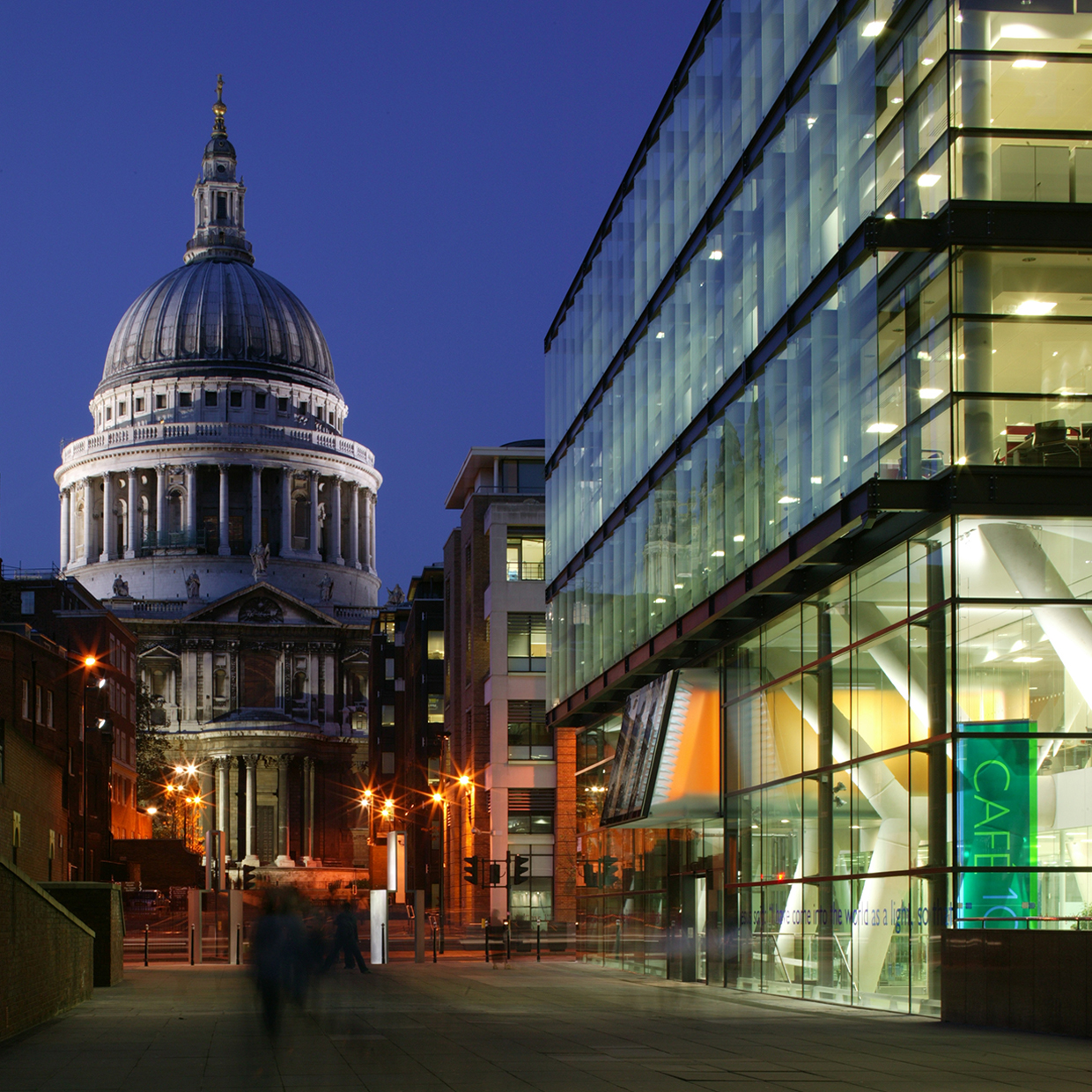 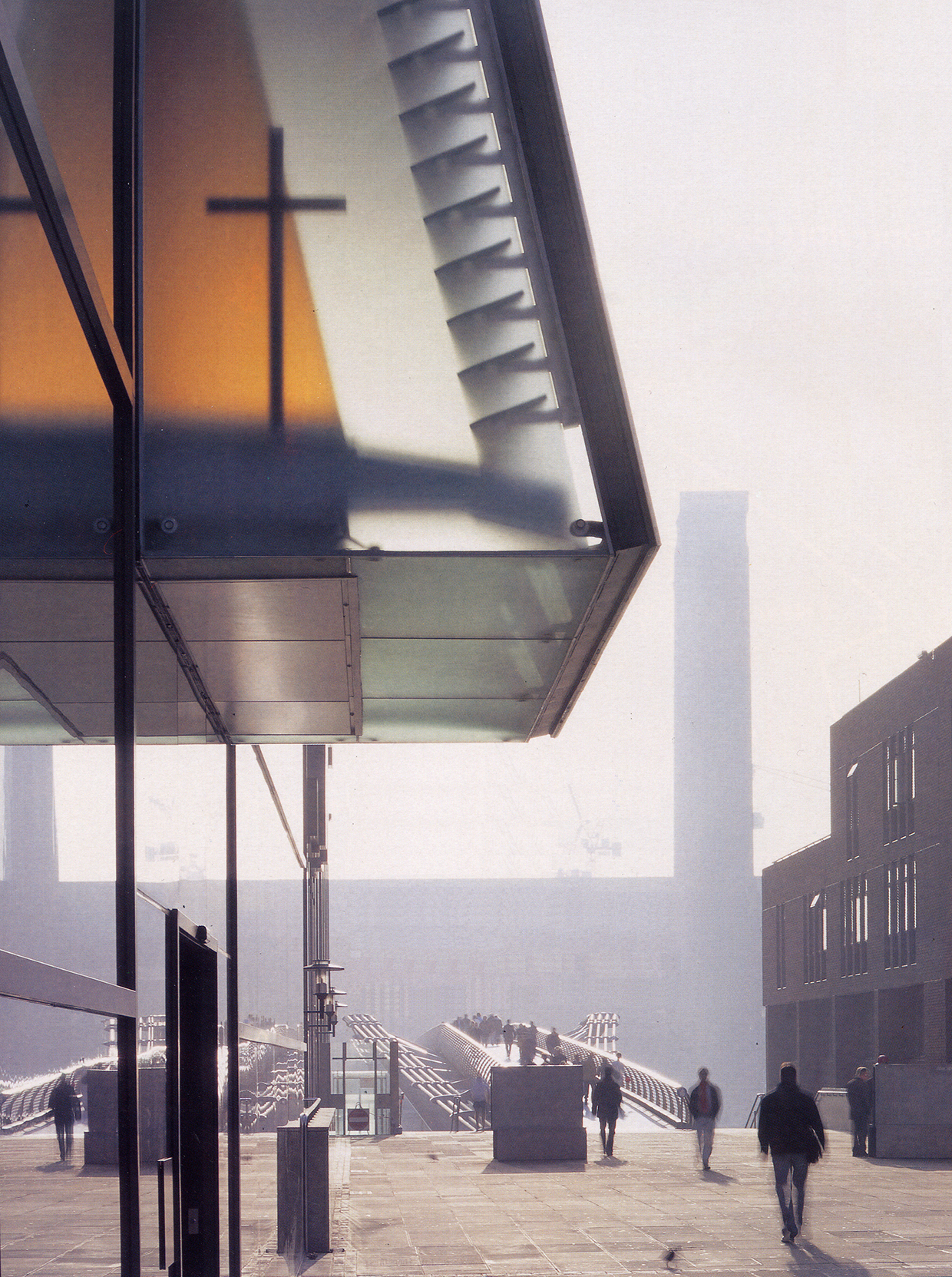