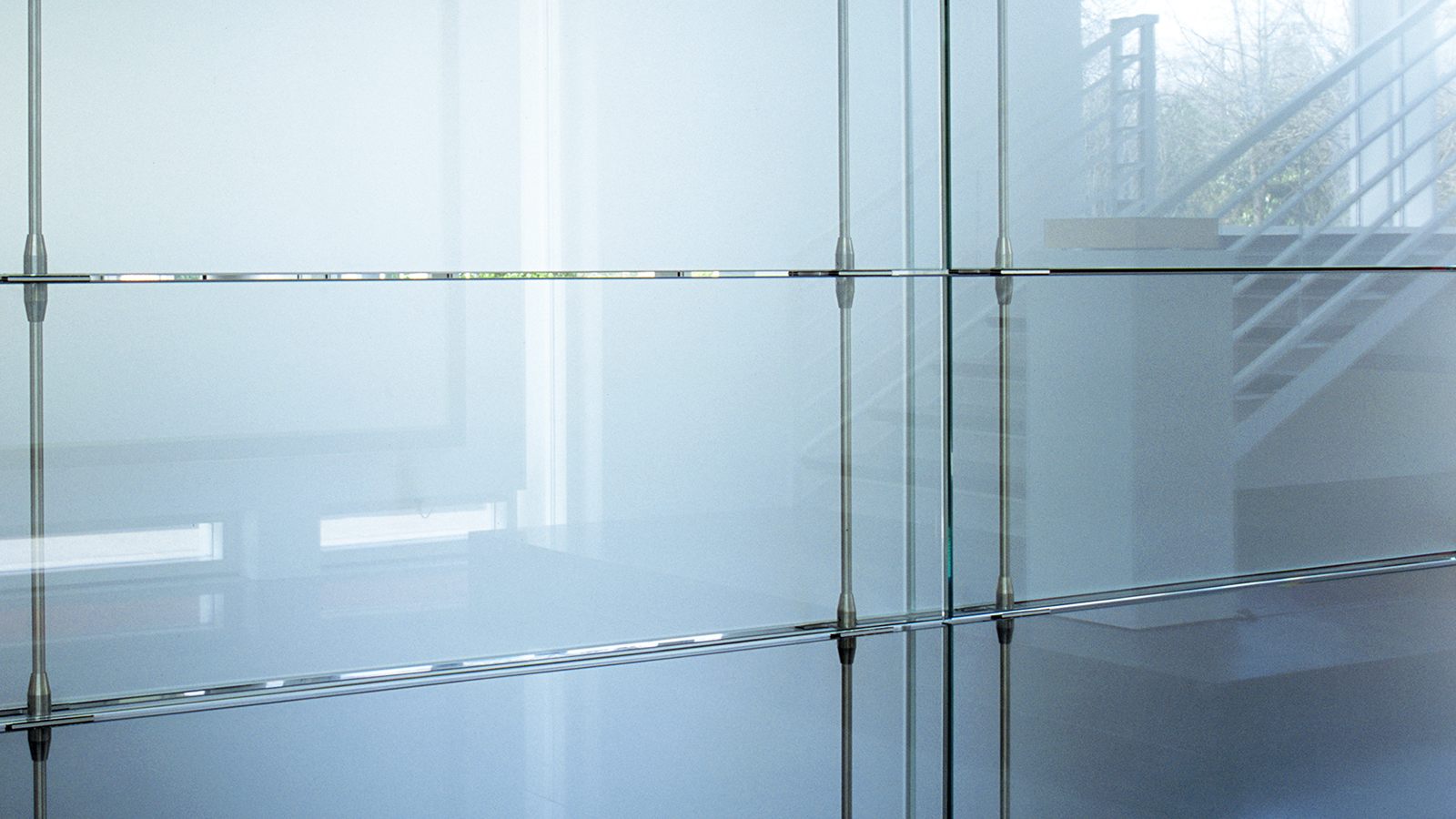 The Rachofsky Screen is a subtle divider that is a passive transmitter of reflected and transmitted images.

The Rachofsky Residence, designed by Richard Meier & Partners (1994-96) includes a gallery space for the display of the client’s extensive collection of modern art objects and an adjoining dining room. The house has since been donated to the city of Dallas as a museum.

The screen is a spatial device between the two zones, which can be lowered into the floor to allow flexible use of the space. It was designed, fabricated and installed as a private commission. The mutable surface of the screen has varying appearances that pick up on the variety of lighting conditions in the space; the bright lighting on the art objects in the gallery, the subtle light of a private candle-lit dinner and natural daylight.

The screen consists of two separate layers of glass – an acid-etched layer facing the dining area to catch the blurred glow of low lighting and a coated glass layer facing the gallery to reflect a crisp image of the illuminated objects. Post-tensioned stainless steel rods between the stacks cantilever the screen from a beam below the floor, using the glass to structurally support the screen. The beam slides up and down a pair of columns on low-friction pads, which is linked to a counterbalance beam. The whole system is driven by a small electric motor. 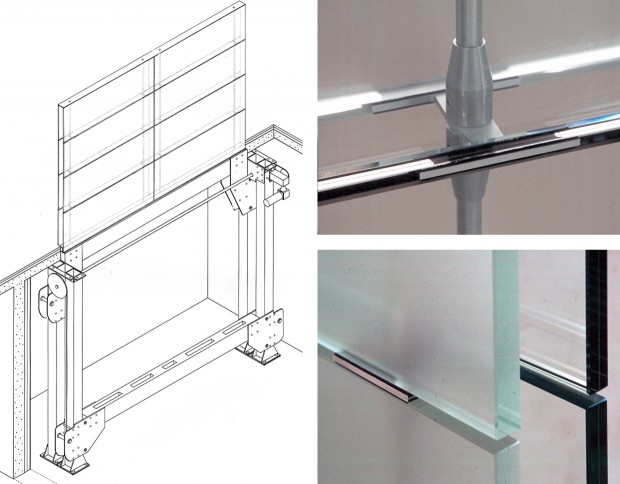 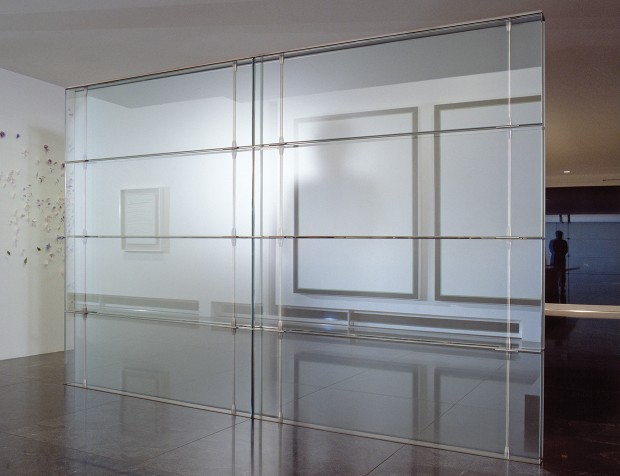