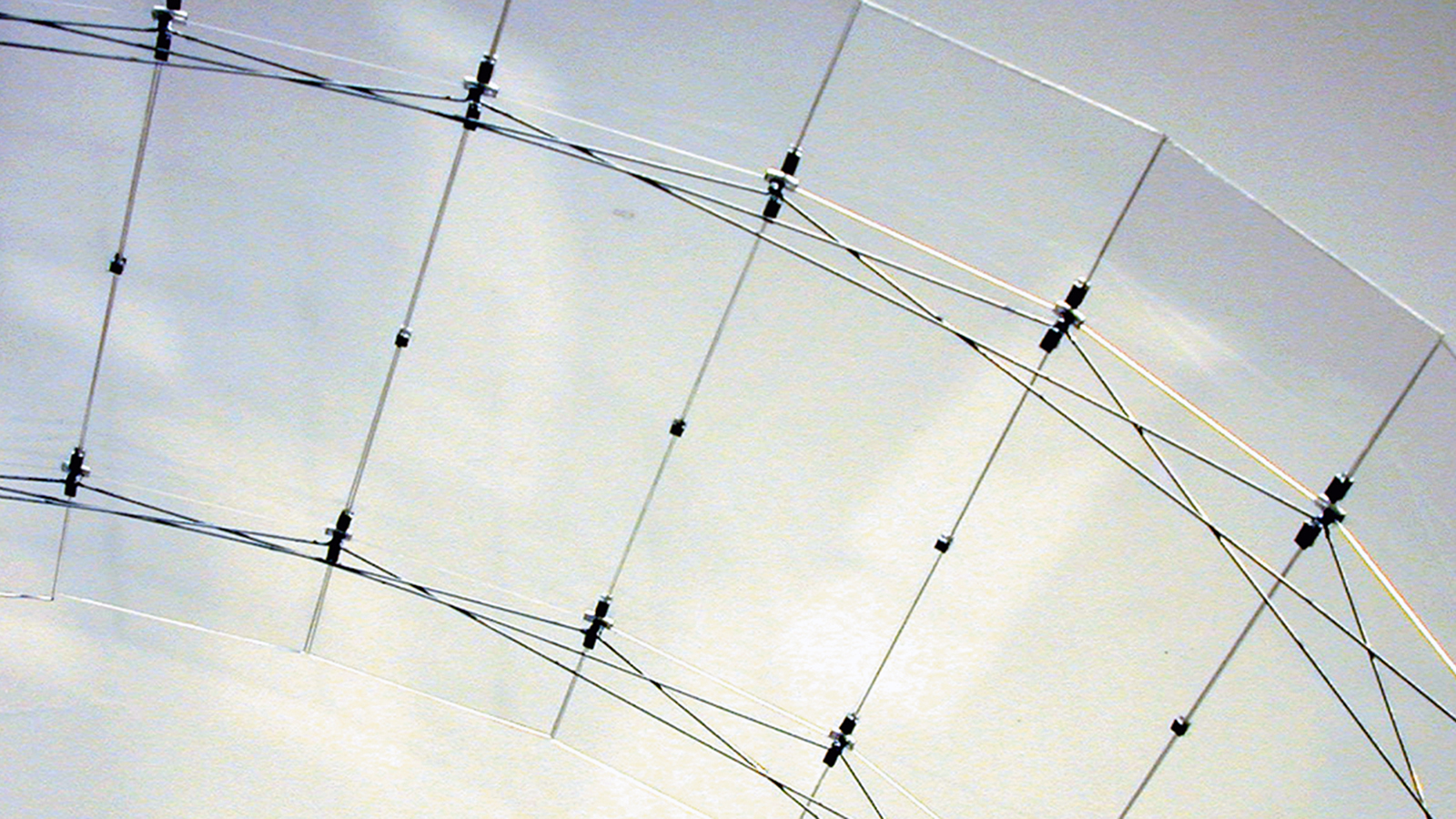 The Plantation Place Galleria is a covered semi-public passageway between two phases of a new office development in the heart of the City of London.

The design is a transparent glass roof with a minimal number of structural elements. To achieve this, the glass is applied as the primary structural element, forming a compression vault. The east-west orientation of the passageway and the transparency of the glass vault open up views to St Margaret Pattens’ spire by Sir Christopher Wren and Nicholas Hawksmoor and create a light filled link across the block.

The shape of the roof is based on a translational geometry to accommodate the tapered plan, creating a double curved surface. The roof uses the compressive strength of the glass and rests on steel brackets fixed to the main building on the north side, and on a 14m-high glass wall on the south side. The translucent south wall is semi-reflective with highly-reflective vertical blades between that catch the light of the sky behind the viewer, creating bright, vertical lines that draw the eye up to the spire.

Natural light is re-directed down into the narrow tapered space from reflectors positioned on the building to the north and above the level of the Galleria. Simple, fixed, specular metal louvres reflect winter light into the space but prevent high summer light being reflected off the façade. Outside air for the offices is pre-heated in winter by being drawn through the Galleria. 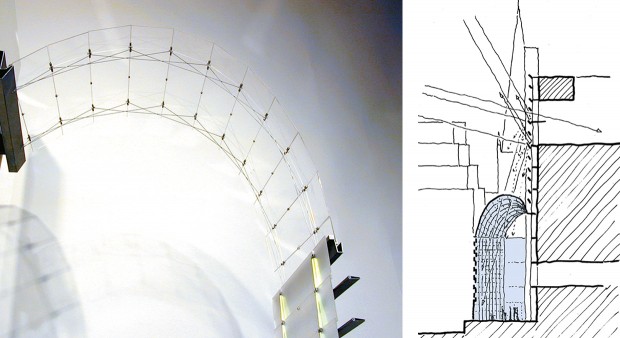 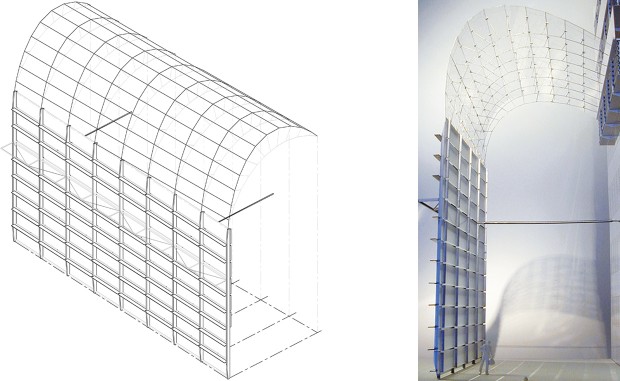 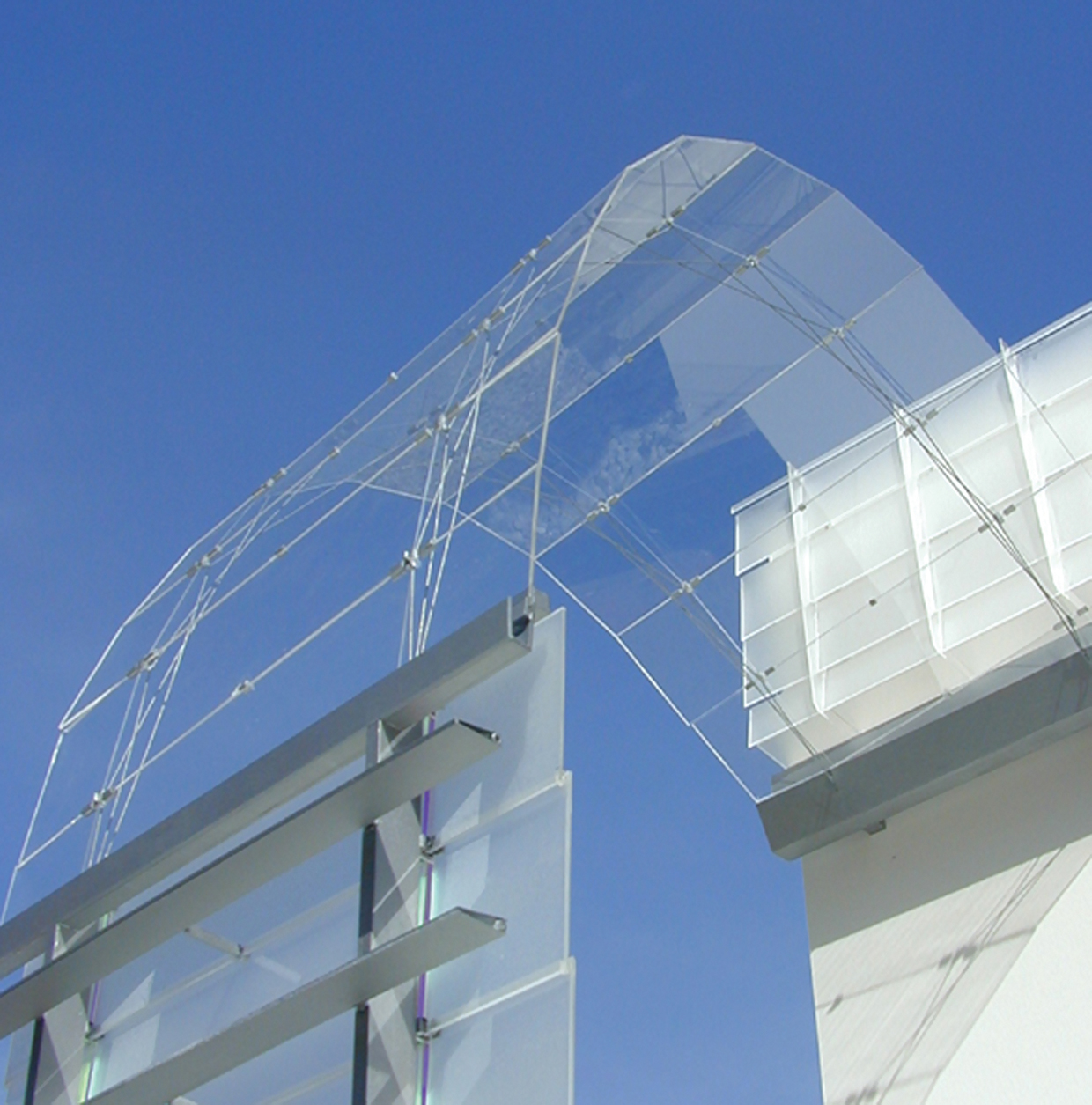