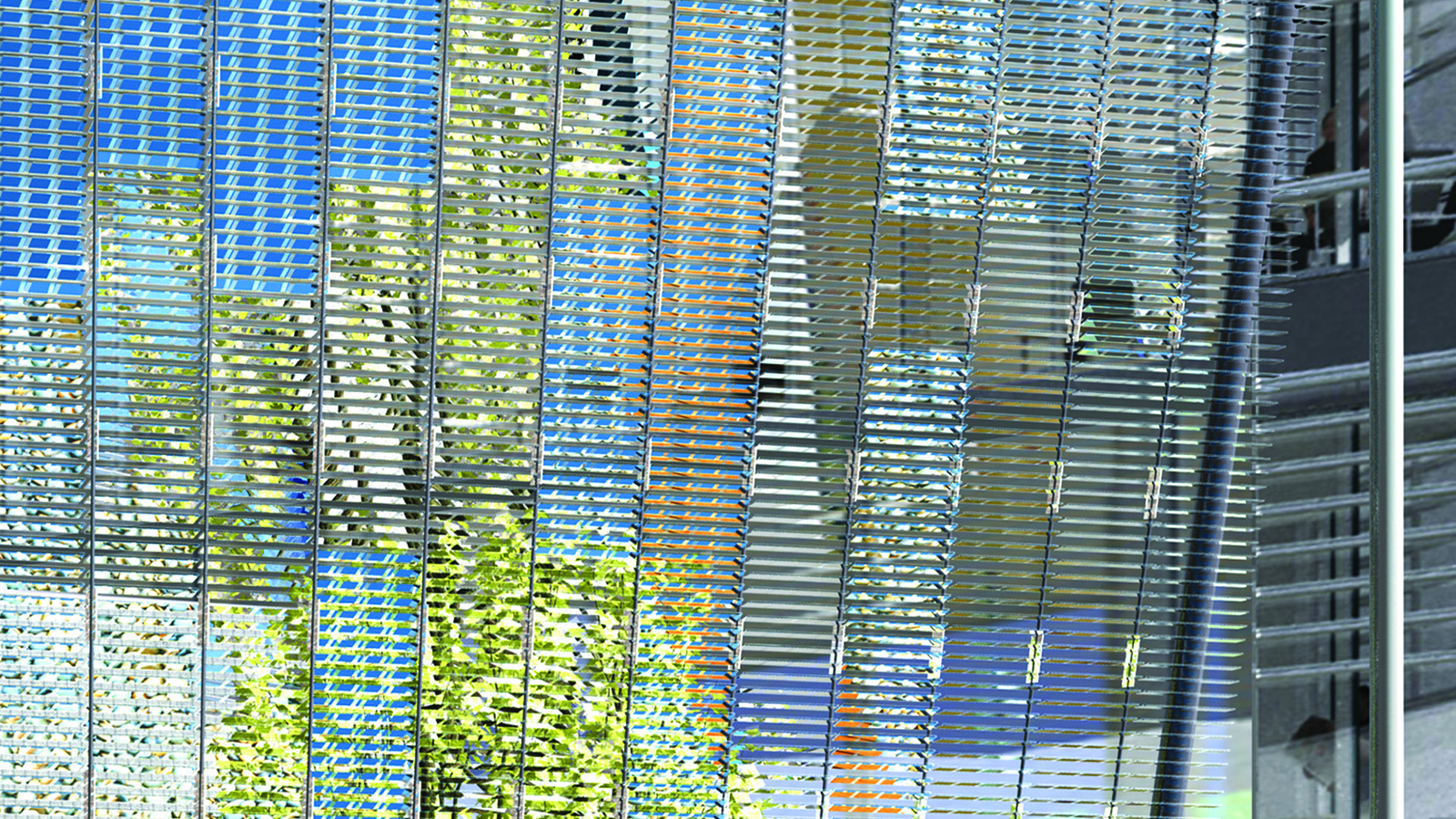 Light is information about our surroundings. The presence of the new park is reflected onto the screen, and shimmering shifts in light and colour are captured on its surfaces. The viewer is made more aware of his or her own presence in this particular place and time.

Just north of Broadgate, in the City of London, a new office building was to be developed on a street block whose south-west corner is occupied by a Georgian pub and a chapel. The design intention was to create a small public space with a park in between, with a screen towards the street to mediate between the existing context, the park and the new buildings.

The proposed Periscopic Screen used the shift of the city plan on the street corner, aligning with the roofline of the pub at its upper edge to provide continuity, and twisting to align with the grid of the new building at its bottom edge.

The twist produces a complex play of light across the surface of the screen and provides an entrance to the park on a scale appropriate to the new building by widening the pavement at the opening.

The intent was to reflect the presence of the park onto the screen and to capture shimmering shifts in light and colour on its surface by using a sweeping array of special reflective and coloured glass louvers suspended on a simple and delicate structure of vertical post-tensioned cables.

This primary goal involves the integration of particular colour- and light-capturing devices within the screen, and their organization in a way that addresses distant views, the context of the street, the act of passage through the threshold and the space beyond the screen.

The desire was to create a somewhat self-effacing, simple and elegant device that reflected the information which the light brings to it, responded to the need for a calm but flexible space to provide a respite from the noise and distraction of the street. 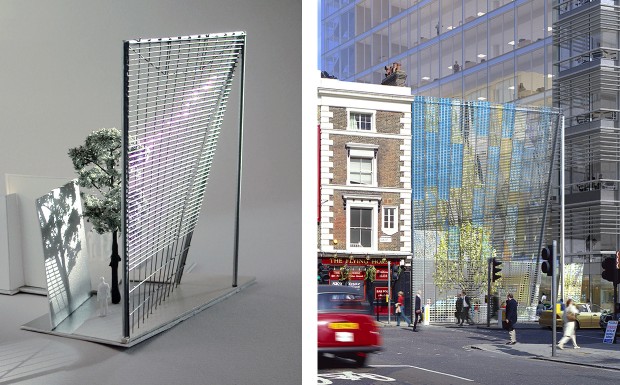 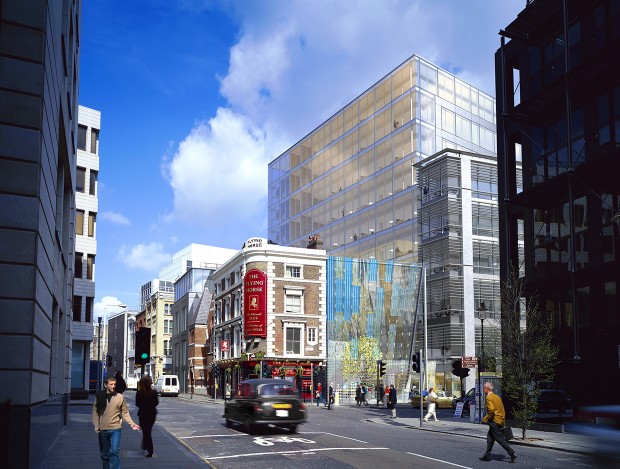