JCDA developed a competition-winning design entry for the redevelopment of the James A. Farley Post Office proposing a series of strategic, lightweight roofing structures to create a visually powerful urban presence for the building.

The ambition was to re-vitalise the Post Office into a significant urban transit centre through a series of strategic light and spatial interventions that dramatically and poetically engage commuters. The proposal re-establishes the Grand Central Train Hall, covering it in a highly refined glass grid-shell roof with minimum structure, allowing for a high level of light transmission. The design addresses the monumental scale of the space, its openness and the transparency of the roof is enhanced by the delicacy of the lattice columns that meet the track level without disturbing pedestrian flow.

The Central Intermodal Hall forms an additional public space, which bisects the building along the north-south axis. It is covered by an undulating grid shell roof that passes over and folds down the exterior of the building, thereby announcing the presence and significance of the mid-block entries. In addition, the flanking moats that run alongside the length of the entire building are re-opened and paved with glass to allow light to fall on the tracks below (which they were originally designed for).

The entries to the new station are a series of glass and steel ‘Luminous Portals’ that clearly distinguish the new from the existing structure. These structures glow at night, illuminating the historic façade. 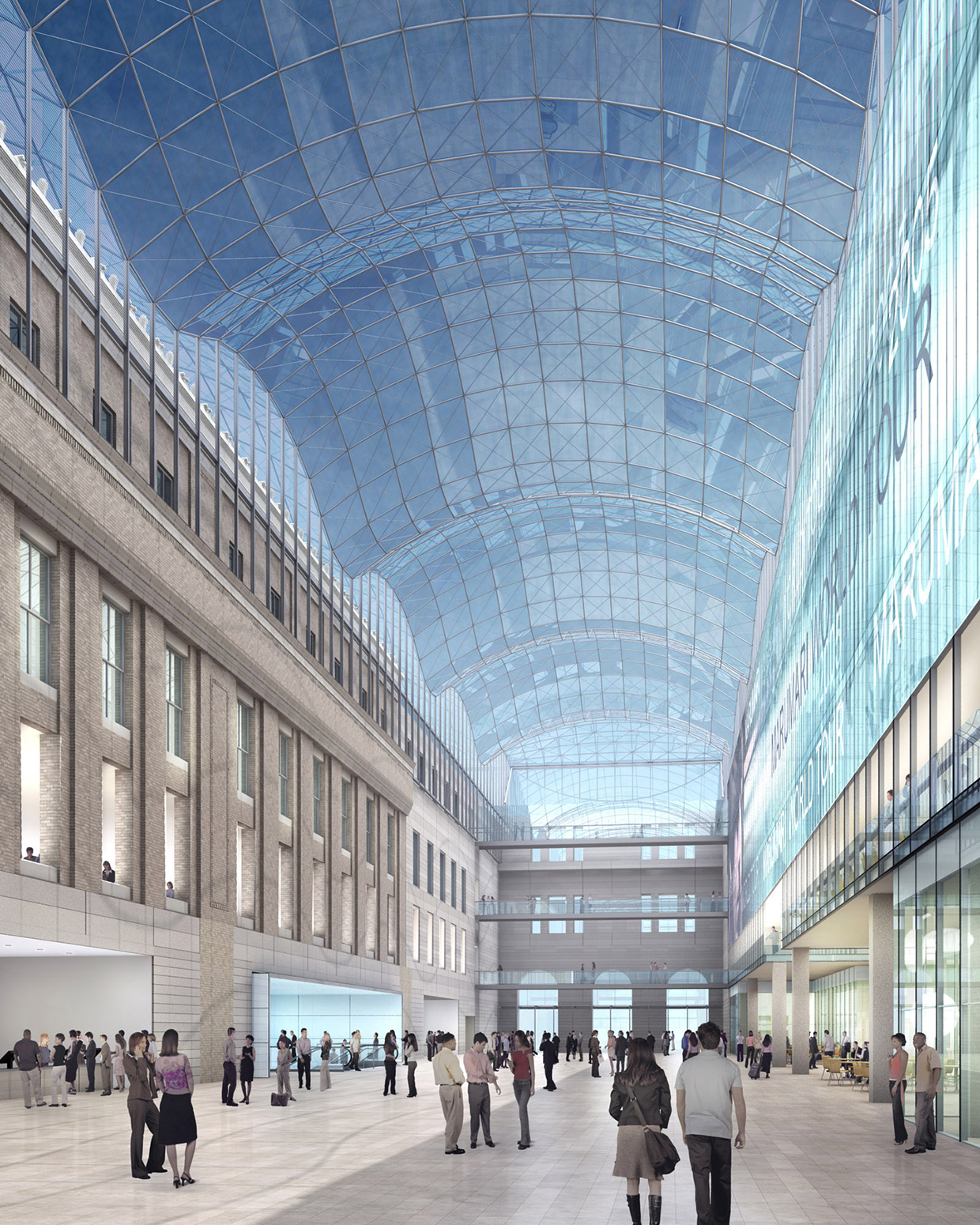 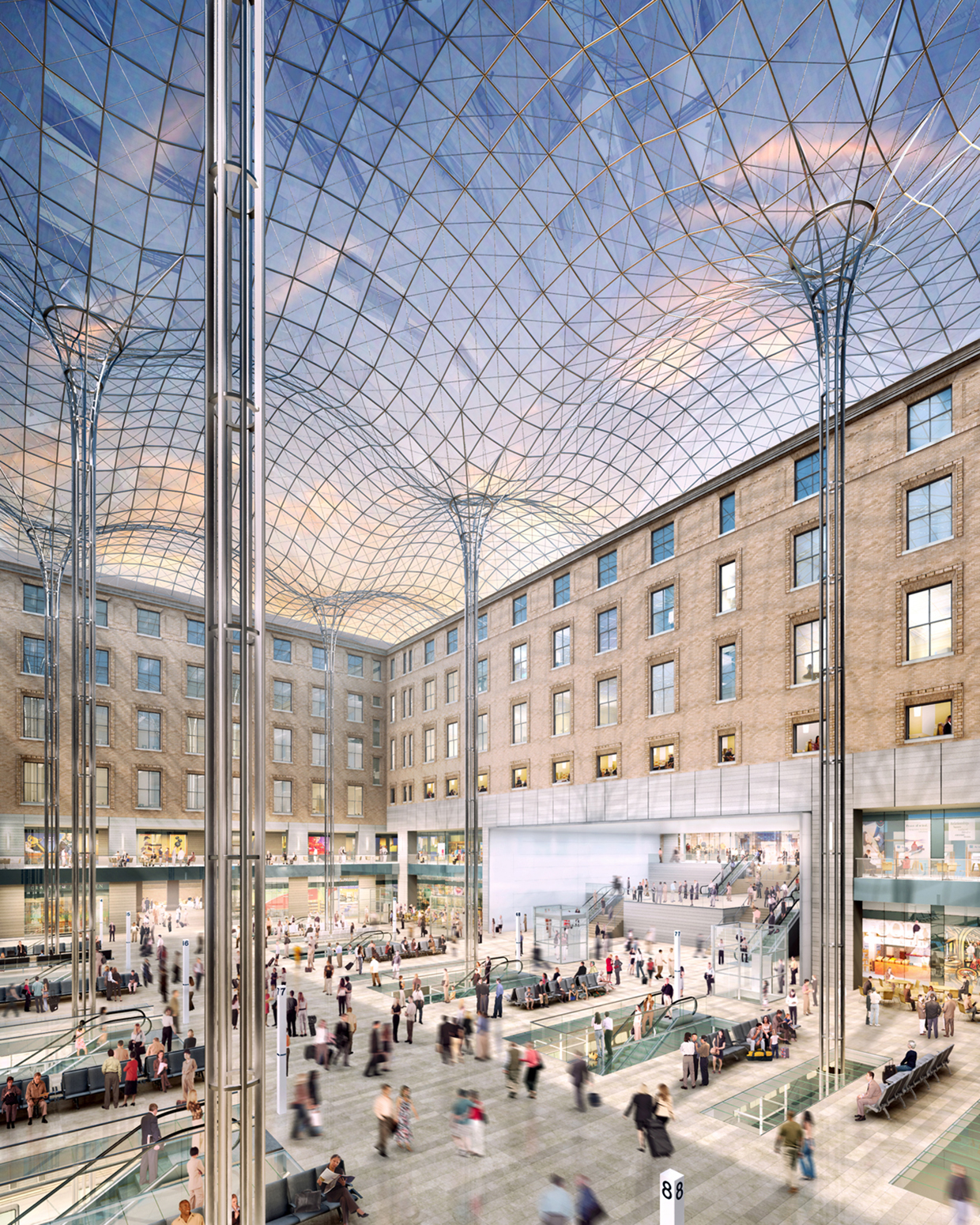