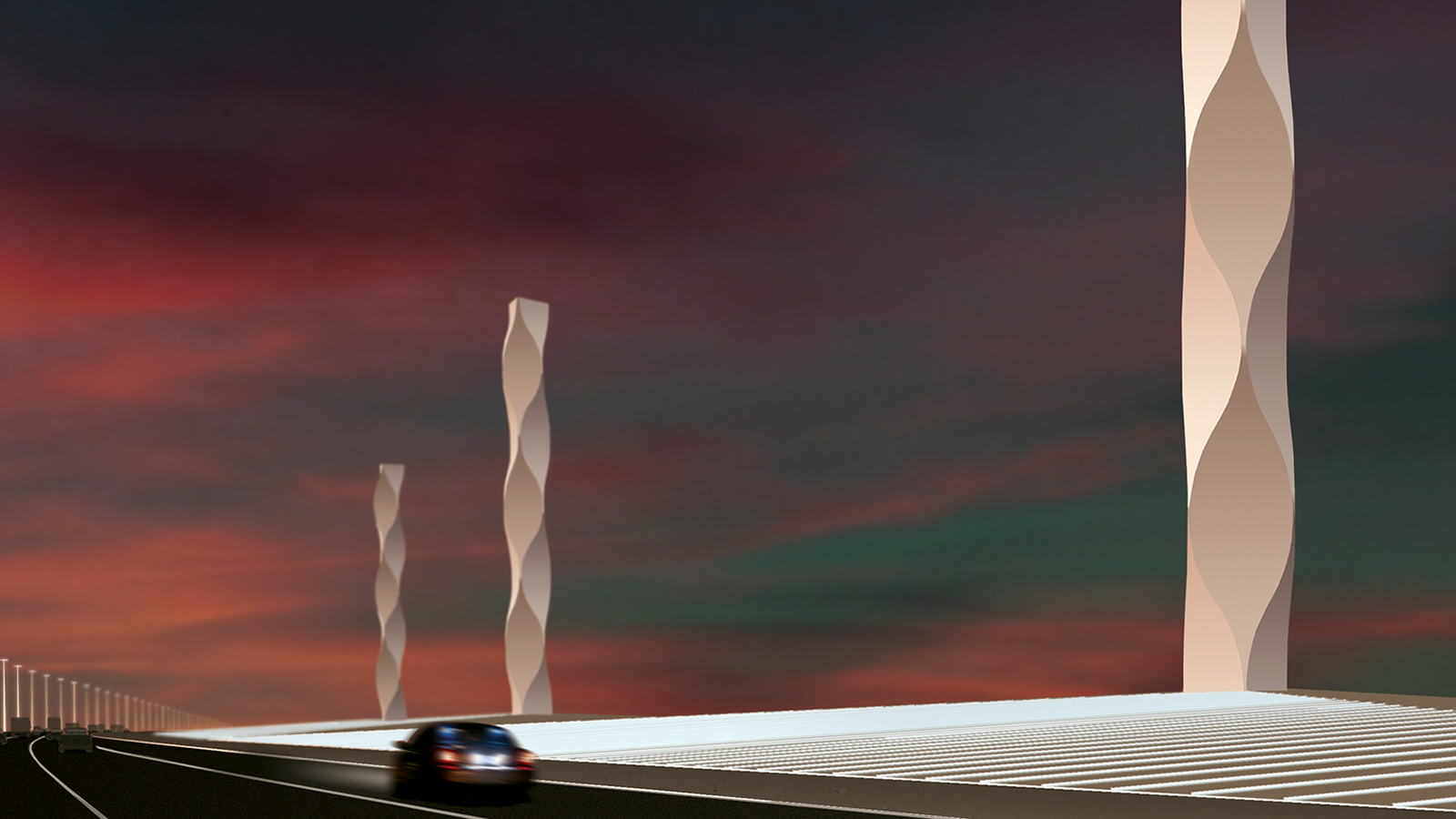 This competition entry was initiated to stimulate debate about the design of renewable energy installations by connecting them to the idea of landart on a series of sites in Abu Dhabi and Dubai.

The proposal connects the individual to the immense scale of the landscape and the process of energy production. The project adapts the Solar Updraft Tower developed in the 1980s and 1990s by Schlaich Bergermann & Partners to create renewable energy from solar power. Glass surfaces just above ground and tall vertical tubular structures pull heated air up through turbines in a stack effect. The technology proposed is simple, requiring little maintenance and no energy when in use, so the site is as untouched as possible reducing the impact on the environment.

On a macro scale the towers are markers within the vast landscape, seen from a great distance as three fluid forms, like columns of flowing water. By day the collector surfaces are seen from the road as tilted prismatic planes whilst at night the surfaces are etched with delicate lines of retro reflected light from cars set against the night’s darkness. At the micro scale of the individual, visitors move through a series of occupiable spaces under the diaphanous membrane of glass and through projected and reflected lines of coloured light and patterns of shadow. On entering the ‘pool room’ directly under the tower, the intense sound of rushing air alongside the flickering,
twisting light, creates a climactic experience that intensifies the naturally occurring diurnal light patterns. 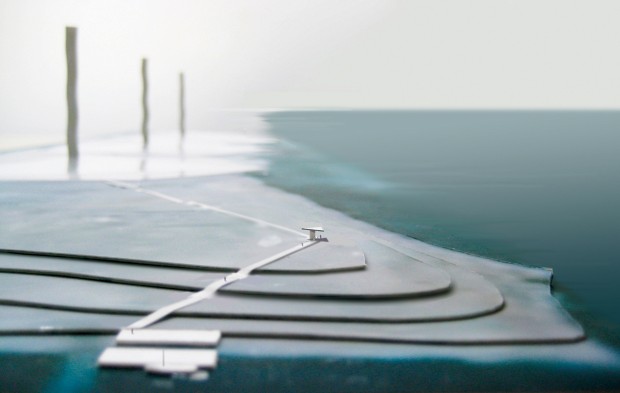 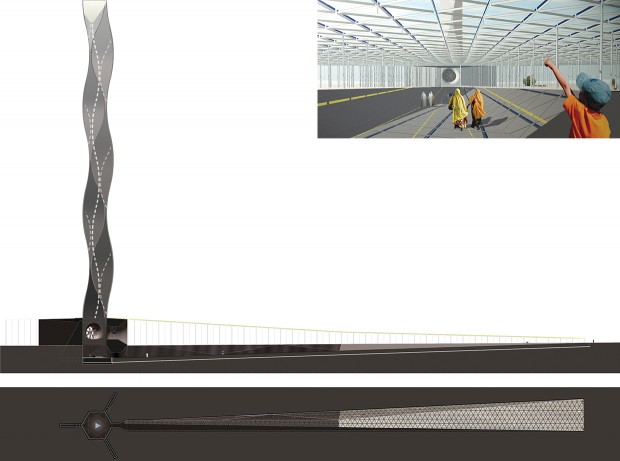 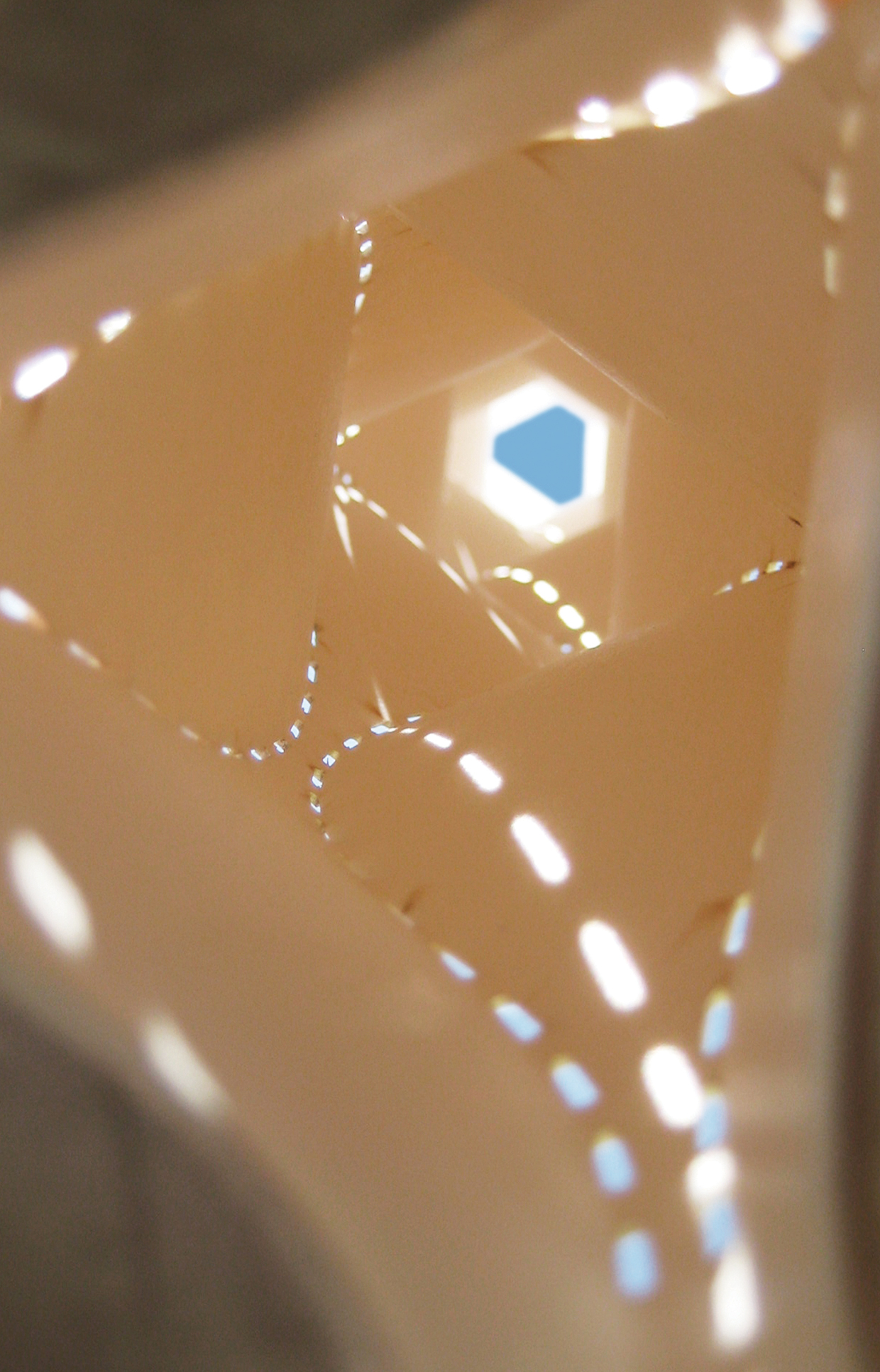