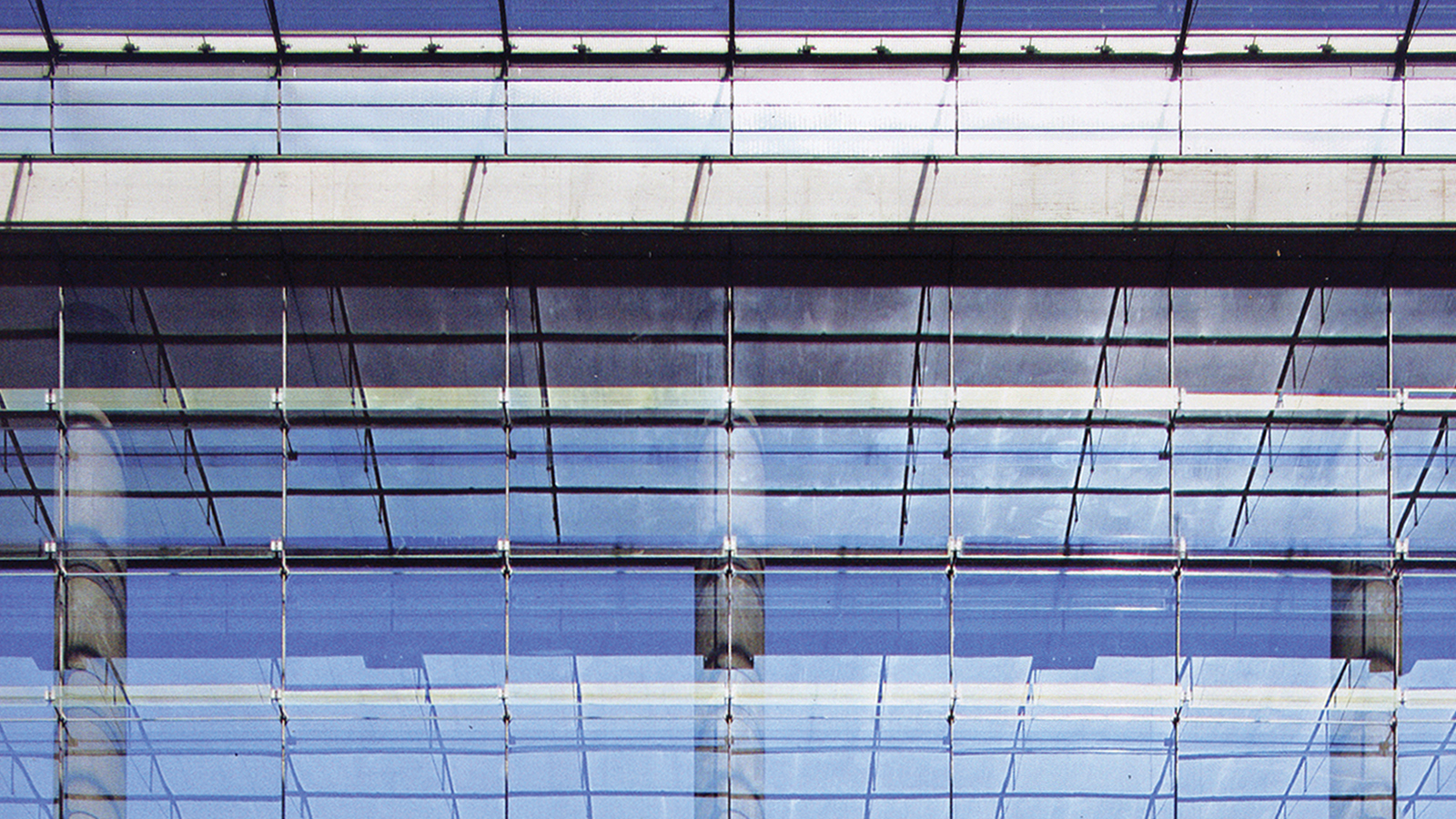 The design of the Lichthof Façade in the German Foreign Office in Berlin creates a physical and symbolic threshold. Transparent but at the same time a boundary, the ambiguity inherent in using glass as a metaphor for openness is made explicit.

Conceived by the architects as a light-filled public space where semi-public and institutional functions can be held, the Lichthof is a three-sided courtyard with a glazed face to the north, which relates to the pre-war square of Werderscher Markt and Schinkel‘s Friedrichwerdersche Kirche and his Bauakademie. The glazed façade conceptually acts as the transparent fourth wall which shields the space of the courtyard but allows the public to see into the ministry.

Specular aluminium reflectors mounted on the roof beams reduce their apparent weight and transfer light deep into the courtyard even when the sun is at its lowest in mid-winter. In the façade, three glass coatings are applied to modulate reflectivity of heat, sunlight and colour: heat is reflected by an external coating on the water-clear laminated vision glass panels to prevent condensation, light is reflected by an additional colourless semi-reflective coating on the central area of the glass panels to create the impression of a semi-transparent mirror floating within the façade and special dichroic coatings are applied to horizontal bands of glass cantilevering from the façade. This coating divides sunlight: transmitting and reflecting opposite halves of the spectrum to produce a constantly changing field of colour on either side of the façade which enhances the strength of the reflection. 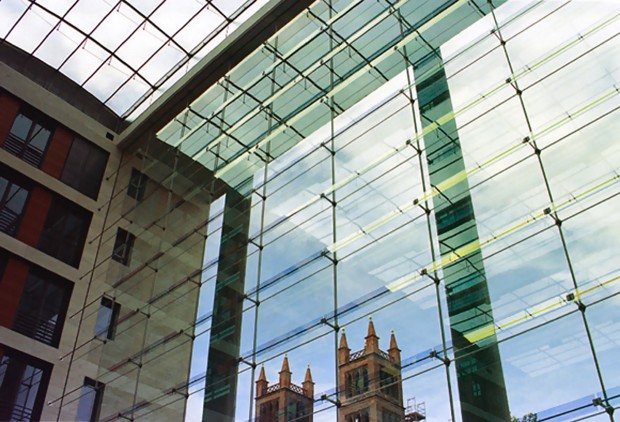 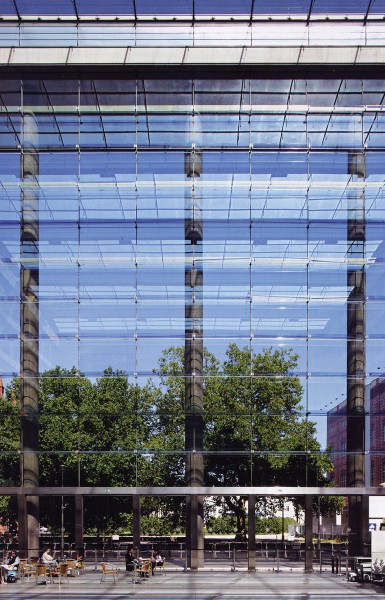