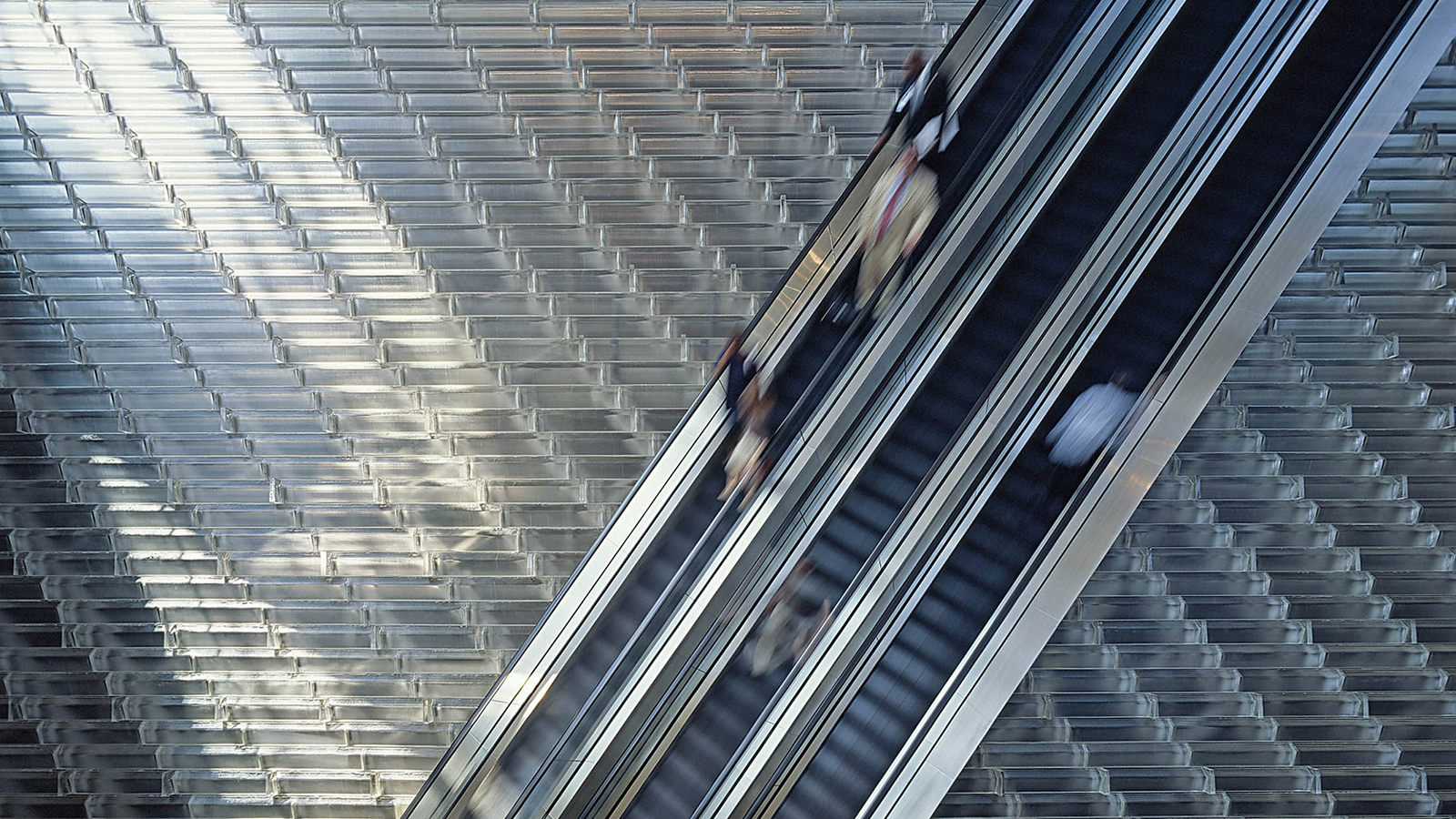 The Ice Falls transforms the new Hearst HQ public entrance lobby into an extraordinary threshold by a custom-designed installation of raked cast prisms.

The original building’s six-storey façade is retained adding a one-storey high clerestory and glass roof, from which the Foster + Partner’s Hearst Tower emerges. The scheme articulates a unique layering of old and new and JCDA was asked to design an element that would assist in spanning both. The lobby opens to the light-filled upper level, accessed by escalators that diagonally bisect an inclined plane connecting the two levels. The design uses this plane to reflect and animate the ambient light from the glass roof above by a 24m-wide and 9m-high field of stepped, custom-designed cast-glass prisms. Acting like a periscope, these prisms capture the light as a luminous, cascading plane of glass.

With further development, the design became a water feature suffusing the space with sparkling light and ambient sounds fed by the roof’s rain catchment system. The pattern created by the placement of the cast glass prisms and accent blocks repeats the tower’s diagonal grid structure. JCDA designed the optimal shape for the cast glass to control the water movement and animate the light.

Beyond its sheer visual and audible impact, the Ice Falls acts as an ecological cooling system to the space and contributes to the project becoming the first green commercial office building in New York achieving LEED Platinum for its operation and maintanance. 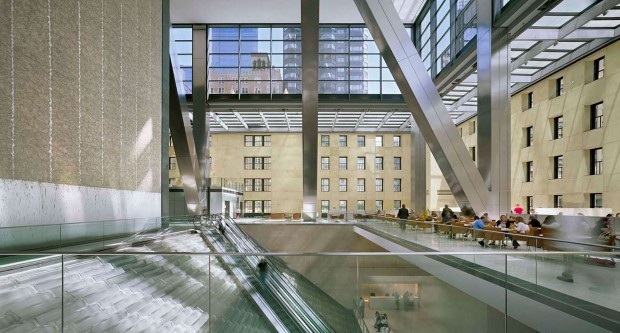