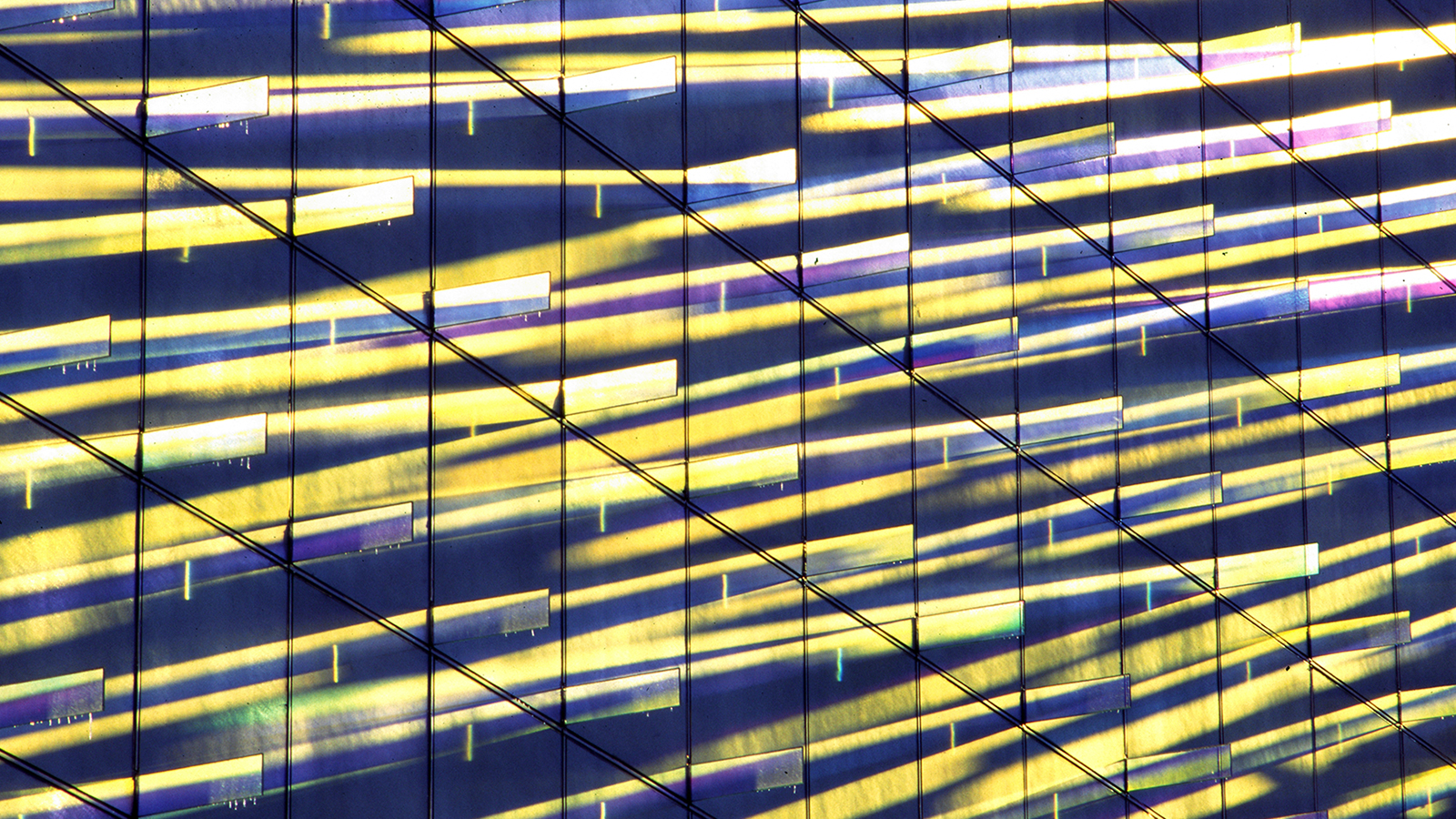 The Dichroic Light Field responds to the planar nature of the setting and appears to trap ambient light on the surface while creating an illusion of depth. It is the winning competition entry for the blank exterior wall of a health club on Columbus Avenue in New York.

James Carpenter, Luke Lowings, Richard Kress and the team at JCDA designed and fabricated this project as a commission by the developer. A flat-gridded plane of textured, semi-reflective and laminated glass panels is secured to a simple steel substructure. This creates a diffused surface that reflects the light conditions of the sky: from leaden snow-clouds to the brilliant blue of New York‘s brightest days.

216 dichroic glass fins, arranged perpendicular to the vertical plane and secured behind the surface, have the effect of reflecting and transmitting complementary halves of the light spectrum, creating constantly changing fields of colour. 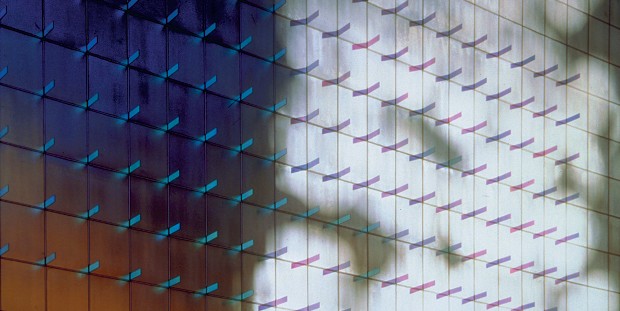 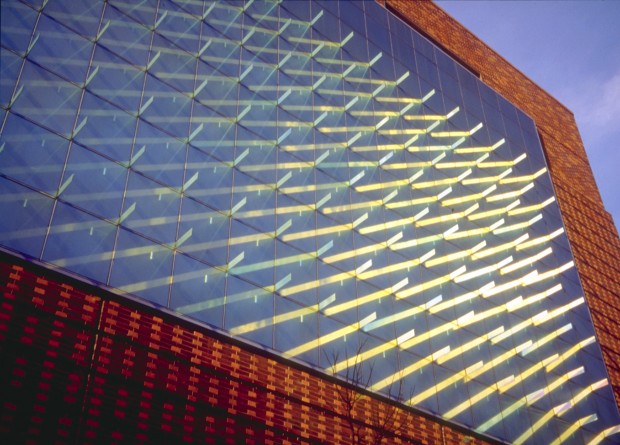 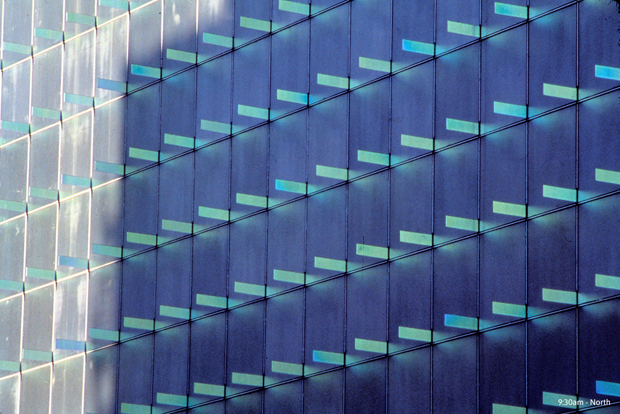 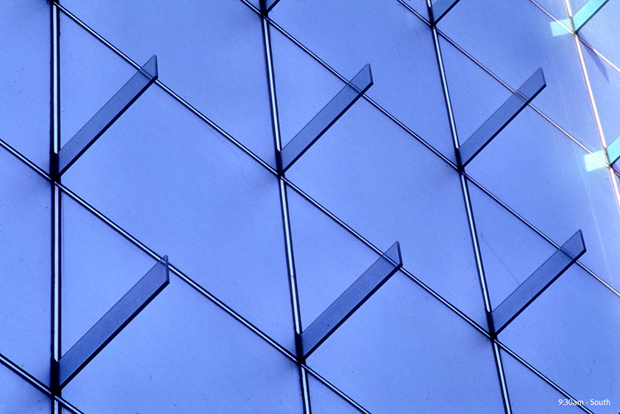 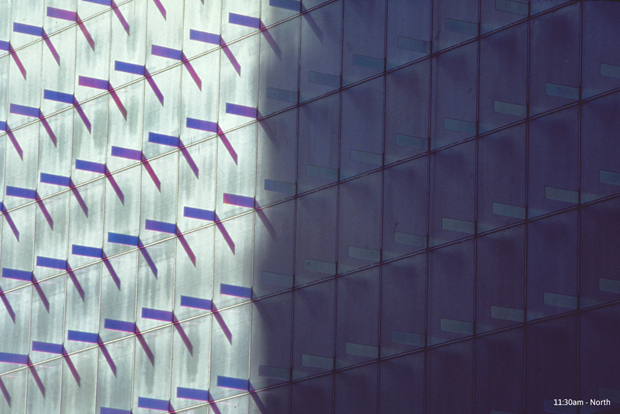 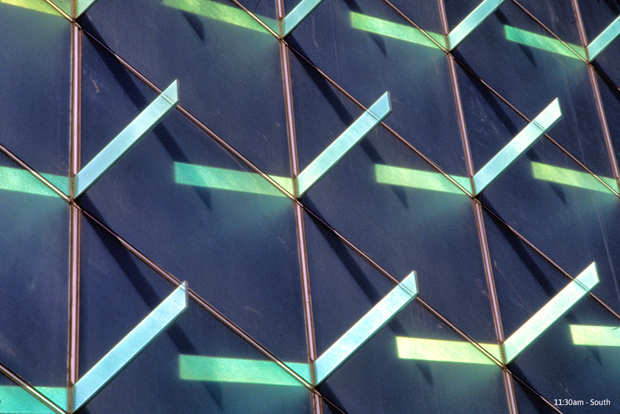 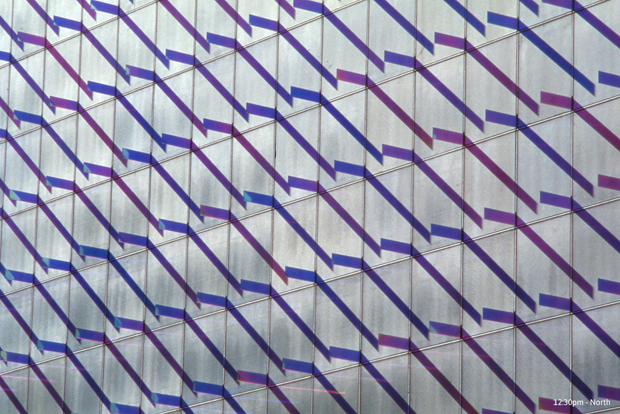 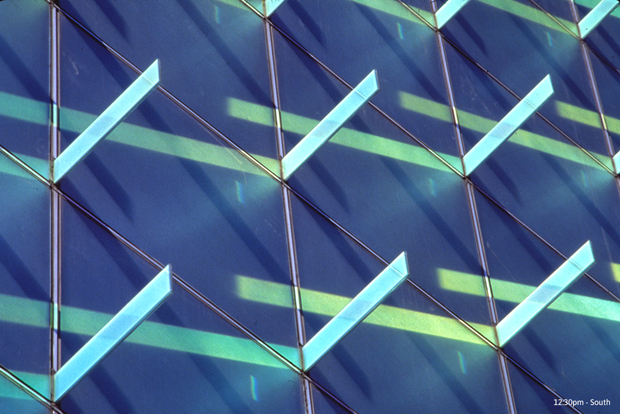 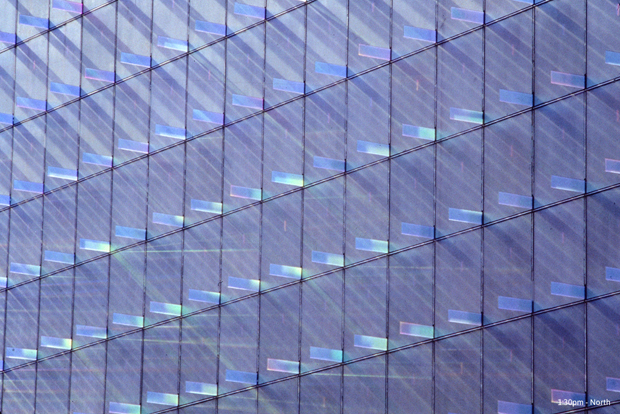 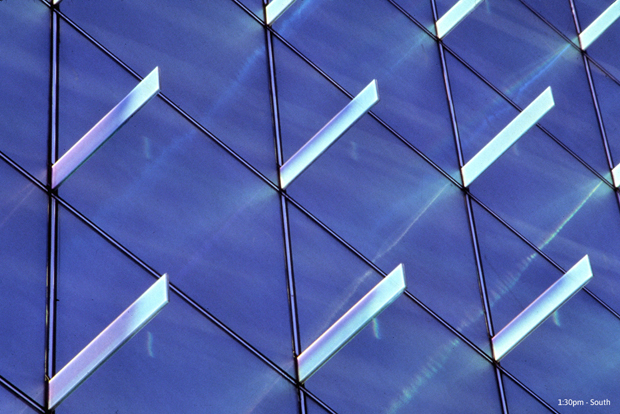 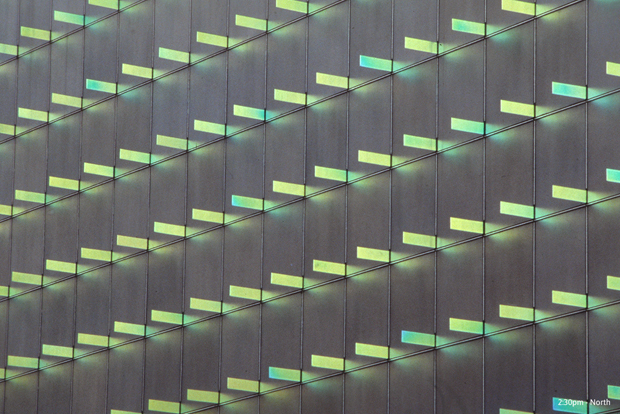 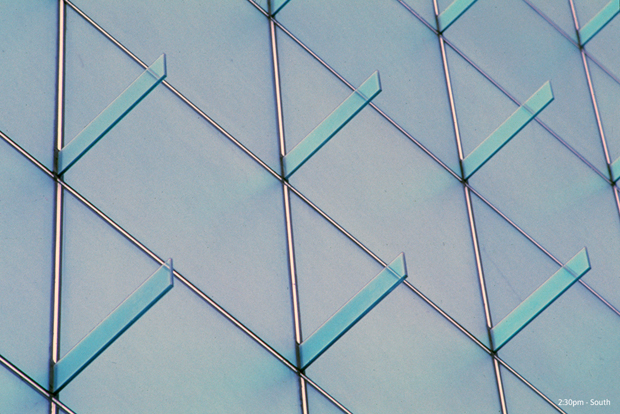 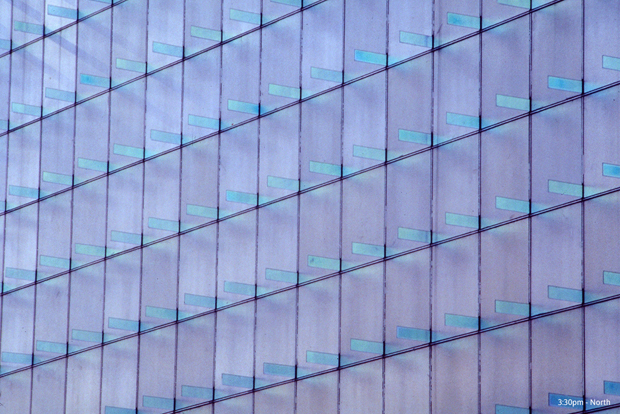 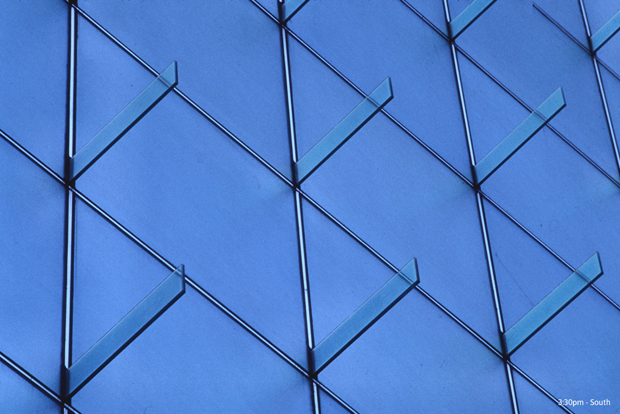